based on a screenplay by jerome bixby and a film by richard schenkman, presented by special arrangement with samuel french, inc.

Prof. John Oldman is moving out, all his things are packed. He is leaving in a hurry, even dodged the goodbye party his colleagues wanted to throw him. But before he can leave they catch up to him and demand answers. Some are concerned, some are confused, others are angry. Sandy, John’s girlfriend, is among them. Why the sudden departure, what’s wrong?

After a while of humming and hawing John reveals his great secret: He is immortal and doesn’t age. For thousands of years he has travelled the earth, changing identity every few decades to avoid suspicion.

They talk through the evening and into the night. Of course noone believes him. But John has details and explanations for everything – how he survived the black plague, met van Gough and dealt with losing everyone he ever knew. As much as his friends are put off by his story they can’t help themself to be drawn in more and more.

In the late hours of the night John drops his biggest and final revelation: He is Jesus – or at least the man whose deeds became him.

His friends don’t know what to do with him. Edith, a devout christian is outraged, Dan the anthropologist is enthralled. They still can’t crack is story though and ginally in the middle if the night and they all hurdle around a campfire. Their silluetes flicker on the ceiling. William the old psychologist plays the piano. Maybe, just maybe, it is all true.

Suddenly the piano lid slams shut. William calls John’s bluff and demands he cop to it. To everyone’s relief and some pleople’s disappointment John does. They can finally leave.

Soon only John, Sandy and William are left. The old man is almost out the door to when John misspeaks. Its a small detail but it can only mean one thing: He is William’s father and truly immortal. John and Sandy can’t save William’s life from the heart attack he suffers. All they can do is leave together for a new life. 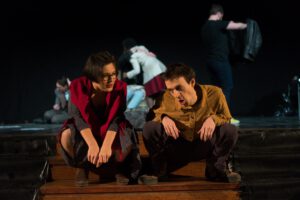 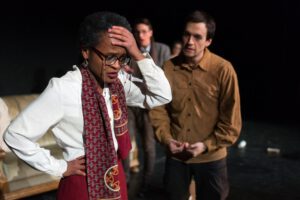 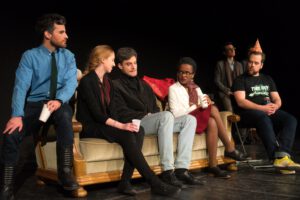 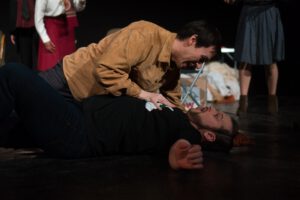 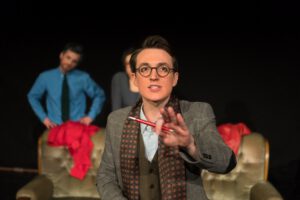 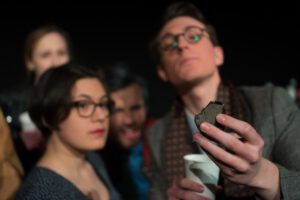 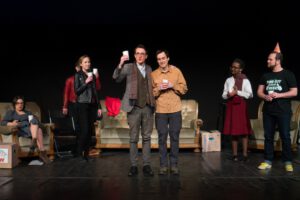 All Photos by Jana Stüven